Message from the Mayor

Welcome to the City of Namyangju’s official Web site. I am Cho Kwang-Han, Mayor of Namjangju City.

Starting with a tenure as the 7th elected mayor, Namjangju City has been tirelessly working to lay the foundation for a self-sufficient green city centered on culture and economy which is well-equipped with four prerequisite conditions for a city – job opportunities, transport system, housing and cultural art facilities.

Firstly, the site for the 3rd New City was elected in December 2018 and a preliminary feasibility study for GTX-B, Great Train eXpress Line B, passed the advisory council of a relevant ministry in August 2019. Accordingly, the passage became the cornerstone of the upcoming Great Train eXpress revolution.

Secondly, the city became an exemplary municipality by returning rivers and valleys to residents, because in the past most of rivers and valleys in Korea had been monopolized by a few entities under the name of river and creeks purification projects. Furthermore, the city has been building more welfare infrastructure for urban circular buses, innovative public libraries and youth start-up campuses.

Thirdly, the city has been holding various events such as DASAN Culture Festival and Humanities Festival to promote the history of Namjangju. For DASAN Culture Festival, its aim is to succeed the spirit of Jeong Yak-Yong, one of the greatest thinkers of the later Joseon period, whose renowned saying is 新我之舊邦 (sin-ajigubang), which means “I will renew my outdated country.” In addition, the city has been constructing a plaza and an experience center in order to shed new light on Udang six brothers and their dedication to Korean Independence Movement from Japanese colonial rule.

From now on, all city officials including me will work even harder to make Namyangju a complete focus city in the northeastern part of the Seoul metropolitan region. 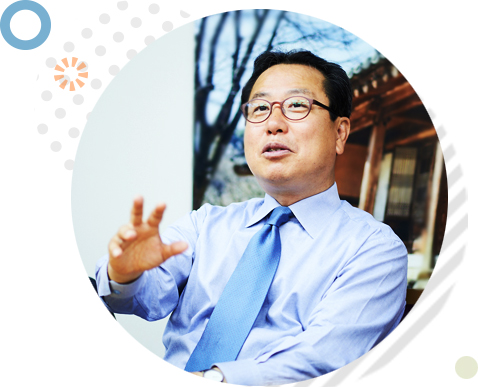